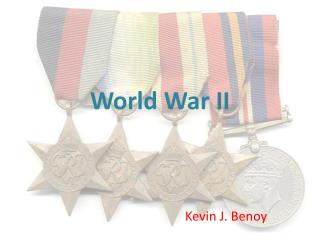 World War II. Kevin J. Benoy. Origins of the War. World War II was the most destructive conflict in the history of the planet. Total losses are impossible to calculate.

WORLD WAR I - . the great war the war to end all wars the war to make the world safe for democracy. map of europe 1914. 4