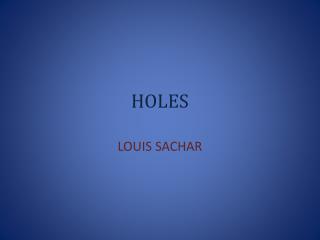 HOLES. LOUIS SACHAR. A STORY ABOUT…. Where did you get the idea for Holes ?. Holes - . written by louis sachar. - fiction -. created by caroline may.