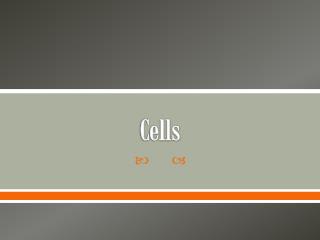 Cells. Size Matters. What’s small? How small is small? What is the smallest living organism that you’ve ever seen? Most people can only see objects that are 0.1 mm or larger, that’s the thickness of a sheet of paper!. Salt Grain. Can you imagine splitting this grain into two? What about 4?