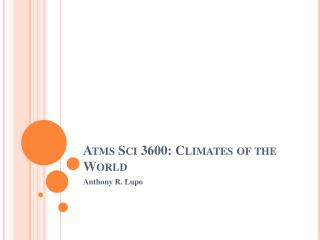 Objectives - Climate. objectives. describe different types of climate data. . recognize limits associated with the use of