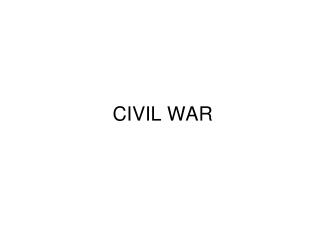 CIVIL WAR. Gallery Walk. Walk around the room as class begins. Interpret the various charts to remind yourself of the advantages and disadvantages of the North and South in the Civil War. Learning Targets. I can analyze the causes, conduct, and consequences of the Civil War.