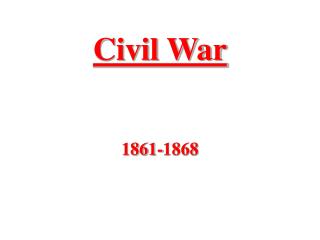 Civil War. 1861-1868. Lincoln. Lincoln was inaugurated in 1861 and promised there would not be any trouble unless initiated by the South He did say the nation could not be split either politically, economically, or geographically