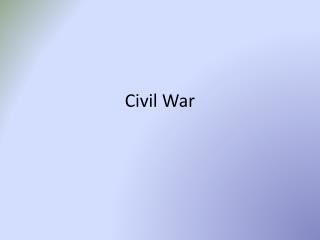 Civil War. What were the causes?. Slavery Economic systems- agricultural vs. industrial States rights/the nature of the union Control of the central government. Slavery. Moral issue The most clear division b/n the North and South