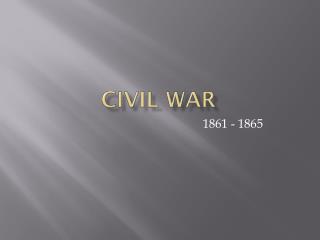 Civil War. 1861 - 1865. TAKS Jeopardy. Final Jeopardy. Assassination. Final Jeopardy Answer. On the day of his assassination what play was L incoln watching at Fords Theater. People 100. Who was president of the United States. BACK. People 200. He was commander of the Southern armies.