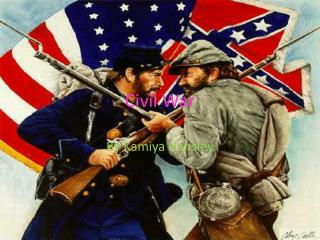 Civil War . By Kamiya Hansley . When did the Civil war occur?. The civil war occurred in 1861-1865 and the first battle was on April 12,1861. This was when the confederates snuck up on the union and they won over fort Sumter.