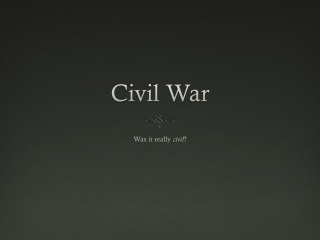 Civil War. Was it really civil ?. What does “civil” mean?. “Civil” Adjective