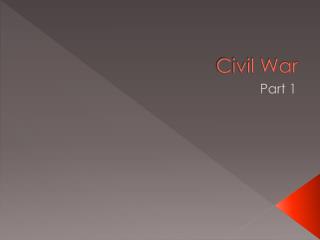 Civil War. Part 1. Election of 1860 and secession winter. Abraham Lincoln’s name did not appear on the ballot in ten states Lincoln won all free states except New Jersey John C. Breckinridge, with a southern-rights platform, won the entire Lower South