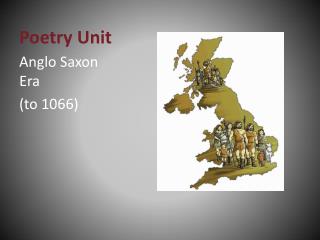 Poetry Unit. Anglo Saxon Era (to 1066). Origins of our English Language . Where does our language come from? What influenced our language? What is the first written work that has survived from the Anglo Saxon era? What does Anglo Saxon mean?. Words You’re Going to Need to Know. Stoicism