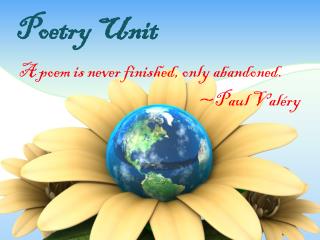 Poetry Unit. A poem is never finished, only abandoned.  ~Paul Valéry. Overview Of The Lesson. You will be taught the use of and special features of poetry. You will be provided with many examples.