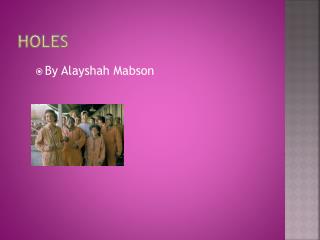 Holes . By Alayshah Mabson . squid. Squid is another boy at the camp. He is as tough as X-Ray, although he often follows X-Ray's directions. Squid often talks about Stanley about receiving letters from, and writing to, his mother. When Stanley is allowed to leave the camp,