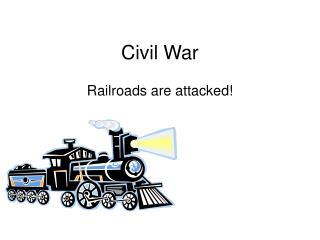 Civil War. Railroads are attacked!. Tennessee is divided into 3 regions. WEST. MIDDLE. EAST. During the Civil War Railroads were destroyed in East Tennessee. Tennessee is located between the border state of Kentucky and the Confederate states of.