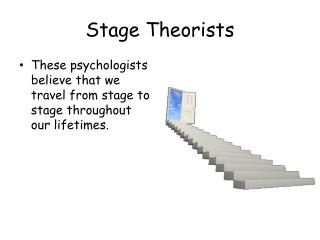 Stage Theorists. These psychologists believe that we travel from stage to stage throughout our lifetimes. Sigmund Freud. We all have a libido (sexual drive). Our libido travels to different areas of our body throughout our development.