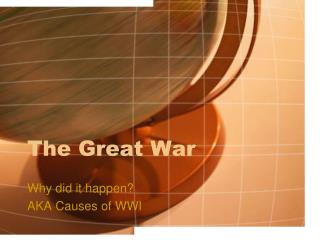 The Great War. Why did it happen? AKA Causes of WWI. Nationalism. Positive effect= unity within a country Negative effect= competition with other nations materials and markets Territorial disputes