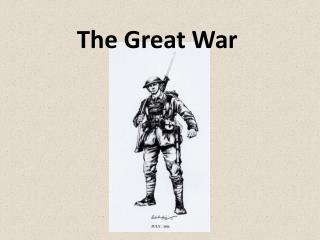 The Great War. Student Objective. Students will gain an understanding of the way World War 1 affected Utah and of the way Utahans affected World War 1. In the summer of 1914, most Utahans were little concerned with the rumblings of war in Europe. Utah’s immigrant population was an exception.