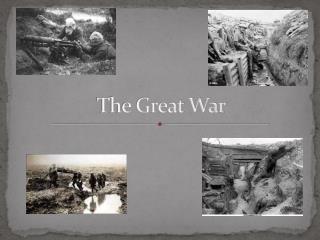 The Great War. Rising Tensions in Europe. The Rise of Nationalism Europe enjoys peace in late 1800s but problems lie below the surface Growing nationalism leads to competition among nations Nationalism in the Balkans leads many groups to demand independence Imperialism and Militarism