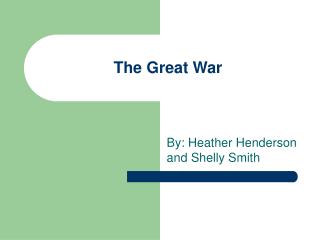 The Great War. By: Heather Henderson and Shelly Smith. The Road to World War I. Military draft. The significances of conscriptions was to increase the size of the army. Between 1890 and 1914 the European armies doubled in size.