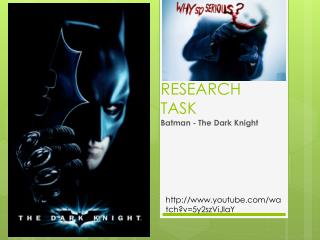 RESEARCH TASK . Batman - The Dark Knight. http://www.youtube.com/watch?v=5y2szViJlaY. What makes this a good trailer?.