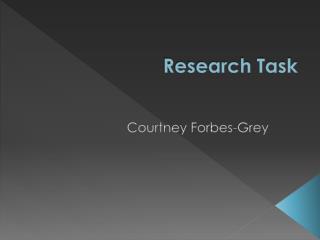 Research Task. Courtney Forbes-Grey. What Is A Trailer.