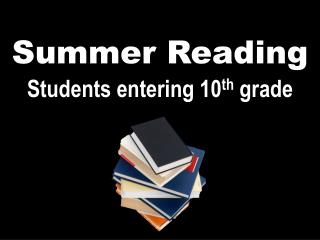 Students entering 10 th grade. Summer Reading. Yet they find sympathy and kindness for strangers and love for each other, because in Vietnam they are the only family they have.