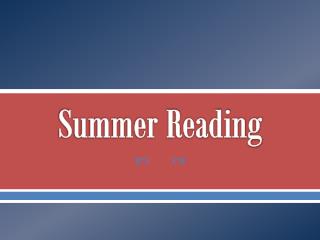 Summer Reading. Our Focus. We will discuss the required PAP/GT summer novels and activities. I will browse the novels and select 2, I am considering to read this summer. Something to Think About. What will you take into consideration when selecting a novel?