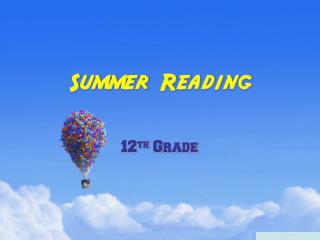 Summer Reading. 12 th Grade. School Shooting. Suppose someone showed up in your classroom carrying an AK-47. You have a split second: To think. To act. To be a hero. But what is a hero?