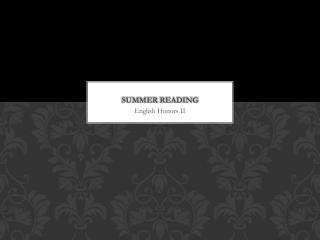 Summer readinG. English Honors II. Ask yourself…. What holds us together; what tears us apart? How do people react in times of social upheaval? How do people overcome adversity? What can we do to actively make the world a better place, especially for children?. Educate yourself. Read