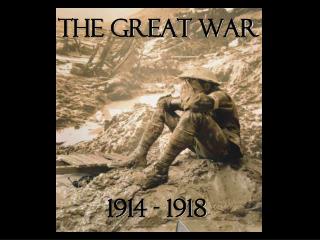 The Great War. 1914 - 1918. What is significant about WWI?. WWI was the beginning of “modern warfare” (war as we know it today) The Allies and the Central Powers both thought it would be a war won at sea….but there was only one major sea battle The war was won and lost on the ground The Great Depression - Difficult times for america what was the great depression? a worldwide economic crisis the crash

US HISTORY: GREAT DEPRESSION AND NEW DEAL - . weber 217. unit 5: the great depression and the new deal. all of you will

Unit 1 Great Scientists - . a great scientist father of hybrid rice the man who puts an end to hunger. who is he? what is

The Great Divide - . what causes people to support one party instead of the other?. i. demographic characteristics. a.

Good to Great - . why some companies make the leap... and others don´t. good is the enemy of great. ”that´s what

Good To Great and the Social Sectors - . jim collins interpreted by dr. rich hawkins. guiding idea. “we need to reject

Culture of Great Britain - . a rchitecture. the main style of architecture is gothic. we can see gothic in a many

GREAT ARE YOU LORD - . great are you lord (4x) holy, holy god all mighty its a previledge to worship you... maker of the