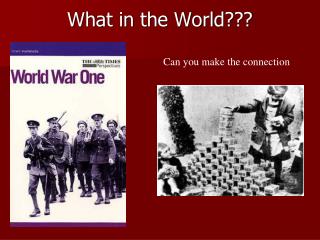 What in the World??? . Can you make the connection. What was going on in 1900?. The World at the Outbreak of WWI: Why did Europe and the Neo-Europes dominate. British Empire. Why was it like this?. Old World vs. New World Competition of the environments